While the rest of you were kicking back and spending time with your families last holiday season, inlumi’s infrastructure specialists were carrying out intense testing of the newly released Oracle Hyperion 11.2. This is the long-awaited version of Oracle Hyperion on-prem which was released on the 18th of December 2019.

Below, we cover some of the early findings we've made in the 11.2 release from a technical perspective.

From a first glance, this release looks and behaves similar to 11.1.2.4. Early tests show that the performance seems to be similar to 11.1.2.4, but this depends on your particular use-case. The upcoming browser support will hopefully increase the end-user experience with a smoother interface. To our surprise, Chrome was not supported and is not on the Oracle roadmap either. With the first patch set updates, we hope to see 11.2 supported in more browsers and more versions of the SQL Server. Finally, the Oracle RCU made an entrance, and as a consequence the implementation procedure has therefore slightly changed.

To help you get familiar with 11.2, inlumi is configuring and deploying EPM 11.2 rapid development/POC environments platforms for our clients who would like to test drive the platform. If you have further questions or are interested in a demo, feel free to reach out to us! 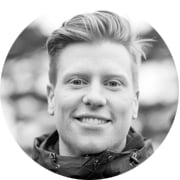 Marcus is the Nordic Lead Architect and Infrastructure Domain Lead at inlumi with over 10 years of IT-related experience. With deep knowledge of IT & financial systems specialised in EPM, he spends his time focusing on infrastructure design, technical troubleshooting, security, pre-sales and knowledge sharing. Before joining inlumi Marcus worked with IT architectures for transactional-based systems and governance.

Modern FP&A: The insights you need without wasting time