Getting control of your processes with Oracle EPM’s Task Manager

As organisations are increasingly in need of detailed financial reporting, financial processes have become more complex with greater pressure on process control. Several people may be involved in various business processes within the same organisation, making the processes extensive and difficult to follow.

A tool for process control creates transparency and enables stakeholders to gain better insight of the process and the current situation. Value is also added by reducing the need for time-consuming meetings, phone calls and emails. And it gives both employees and managers more time to focus on their roles in the process.

Task Manager is Oracle’s tool for process control, which I recently had the pleasure to set up for a client. In that project, the client’s financial close process was transferred into Task Manager.

Task Manager (initially named Close Manager) was originally intended to support the financial close process and could be integrated in Oracle’s Financial Consolidation Close application. Since then, Task Manager has evolved and it can be used for all kinds of processes.

Task Manager can also manage processes that use on-premise environments. This offers more flexibility to clients as they are not restricted to having all their processes in the same environment. In the project I was involved in, the client used HFM for their financial close process and Task Manager in Financial Consolidation Cloud for process control.

In Task Manager, the unit of work is defined in the form of tasks. Tasks are added into a template which is then connected to a schedule. The schedule defines the order of the tasks and the business process in a chronological way. Tasks can be assigned to a person or a group and are often events with defined completion dates. The tasks are connected to a task type, with many task types to choose from. You can also make connections to other cloud or on-premise applications. The task types can be either manual with a defined assignee or automated. Finally, It is possible to create hierarchies between the tasks, e.g. a parent-child structure.

The client for whom we implemented Task Manager is a global company with operations across several countries. One of the requests from the client was that the tasks should have unique assignees but also that they should be able to work across their units and help each other if necessary. We solved this by creating owner and viewer teams in Task Manager and adding them to the tasks. This resulted in a transparent solution where both users and managers could follow the process and view tasks that they were not assignees of. Managers were also added to the owner teams which made it possible for them to edit information in the tasks, such as changing the assignee.

Another challenge that we faced was the sheer amount of tasks; more than five thousand in total. Since every task is unique and the close process was not unified, the task list was extensive and the administration process time-consuming. As a solution, we built an Excel file with a macro. The macro made it possible for the client to change information in the task list (such as assignee, owner and viewer) and deactivate tasks that are not applicable for all units in an easier way, instead of changing it in a file containing several thousands of rows, as would had been the case without a macro.

Following processes in a structured way

Task Manager enables companies to follow their processes in a structured way. The various interdependent activities can be visualised and the process can easily be monitored.

Task Manager covers a lot in the area of process control but in some aspects it still leaves much to be desired. The dashboards are not as developed as one would like. The tool could benefit from more filtering options and graphs. Another improvement would be to have the option to create customised reports in the application in an easy way.

Nevertheless, after having implemented Task Manager, our client now has a repeatable process which is easier to oversee and monitor with possibilities to work across units. 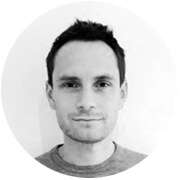 Robert is a driven consultant and part of inlumi’s planning team. Prior to joining inlumi, he worked as a Business Controller. He has a degree in economics from Stockholm School of Economics, one of Europe’s leading business schools. This, combined with his previous work experience, has given him a robust understanding of accounting and financial processes. Back in the days Robert played tennis on professional level.

Data Integration: the tip of the iceberg of EPM Processes