In this third instalment of our Intelligent Performance Management blog series, I explore the importance of real time, intelligent, enterprise-wide data. How can we utilise data so that the Finance function operates as the broker of information?

On two occasions I have been asked, "Pray, Mr. Babbage, if you put into the machine wrong figures, will the right answers come out?" ... I am not able rightly to apprehend the kind of confusion of ideas that could provoke such a question.

This is a quote from Charles Babbage. Babbage was a 19th century mathematician, philosopher, and inventor; and is regarded as the father of the digital computer. He invented the Difference Engine, which was the world’s first mechanical calculator that used input data to tabulate polynomials. He did this at the start of the Second Industrial Revolution, pretty much the birth of oil as the most valuable commodity on the planet.

Approximately 195 years later, in 2017, The Economist published an article that proclaimed that data has overtaken oil as the most valuable commodity on the planet. In fact, 9 out of the top 10 most valuable brands in the world in 2019 were technology companies, with no oil companies in the top 10 either! This is a far cry from the late 90’s and early 00’s approach to computer systems, data, and what was thought of as a valuable resource. Heck, as I type this the volume of data being created by individuals and organisations is growing exponentially, some of it getting captured in storage and some of it lost to the sands of time. Looking forward, the World Economic Forum estimates that by 2025 we will be producing over 450 exabytes of data per day. That’s the equivalent of nearly 1.8 billion standard 256gb laptop hard drives, or just over 7 billion 64gb iPhones filled per day!

Basically everything we do, both professionally and personally, generates data.

Now having generated data and having usable data are two very different situations. Heinonen & Hyytiälä built on the comparison of the oil and data industry in an article for the World Economic Forum in March 2019 describing how we as a society have built refining systems to maximise the value we could achieve from each barrel of crude oil, and how we must do the same for data. Refined oil was a cornerstone of the Second Industrial Revolution, and a fascinating parallel can be seen with what we are facing now. We must change our approach to the glut of unrefined data in the Fourth Industrial Revolution and find a new way of refining this crude data to create a variety of usable products to power the Fifth Industrial Revolution. Those who do this early will take the lead.

Are you ready to step out of the dark?

The above quote from Babbage is also the original example of what has now become known as "garbage in, garbage out", which infers that the quality of your output is directly proportional to the quality of the data you input. Many of us face this problem regularly, having to manually enter and adjust data to keep all the parts moving together. However, if we dig a bit deeper into this, we can see a far more systemic problem.

Many large organisations have invested in on-premise systems that were built for them near the turn of the millennium, and then patched and updated each time something changed. In the beginning these were perfectly fit for purpose and did the job, otherwise why would you have spent millions on the infrastructure!? Over time technology and the way it impacts decision-making within businesses has evolved, while these monolithic systems have stayed stationary. Now the foundations of these systems are no longer fit for purpose and nearing/past end of life.

When reflecting on what the future looks like for our data, we see a very different picture. All our data should be collected, cleaned, and organised (and by all we mean everything, not just financial and operational data) without the need for manual intervention. When we have to start manipulating data we have identified a failing of our system to meet the current business demands. This could be a failure of analytical ability, or a failure of data governance, or anything at all! On top of this, a recent study found that 60% of respondents said at least half of their organisational data is "dark". By this we mean data that is generated but not collected and organised. In effect, we are trying to make our current data model and management system work for something it wasn’t designed to do, and we are missing over half the pieces of the data puzzle in the process.

I like to think of it this way: The data we do collect is inefficiently refined into a useful product, as a result of dated systems and models which don’t support the long-term strategy anymore. The dark data is the unrefined raw data, generated by your various systems and people on a minute-by-minute basis, left to flood away every day. Pure value-adding material, lost.

Without complete, clean, and reliable data – and a way to visualise this data in a meaningful way – you have no qualifiable chance of discerning between which actions or signals are supporting the strategy and which are just noise. A core system that can collate and clean all your data sources and allow for detailed analytics is key to reaching your strategic goal and achieving a competitive advantage in modern strategy execution.

At inlumi we have identified the 4 key pillars of Intelligent Performance Management that need to be addressed for you to enable the Insight Engine and achieve the best results possible for your organisation. A Broker of Information is only one of these areas.

To level-up your organisation and realise the value from your investment, you need a holistic plan covering technology, data, and processes. In fact, your company-wide strategy must be revisited to ensure the successful execution of the changes you will be making. It is not an easy fix, and certainly not a quick fix, but it is a change that needs to be made to ensure your organisation is fit for the future.

Over the coming weeks and months we will explore each one of the 4 pillars of The Insight Engine in further detail right here at inlumi.com; through a combination of articles, webinars, and Q&A sessions. If this resonates with you, why not get in touch with us and we can explore how your organisation can benefit from Intelligent Performance Management thinking? 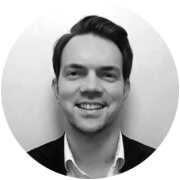 Tim joined inlumi in 2019 as a Senior EPM Advisory Consultant, with previous experiences as a Strategy Operations & Services Director and Strategy Execution Consultant. He currently has 7 years’ experience turning vision into action by combining futurism with strategy and process design, leadership, and goal setting; spread over the TMT, FMCG, Automotive & Transportation, and Banking sectors.

Back to blog
Intelligent Performance Management: Embracing technology as a catalyst