My life at inlumi began while I was at school, gaining work experience by reconciling expenses, helping with timesheets, invoicing and general accounting. Almost 10 years later, I have graduated and am working as an Analyst for the functional consulting team. My role as an Analyst is varied and each day is a new challenge, whether that is working on an aspect of the build of a system, designing with the customer or developing my own skills on a training course.

inlumi originally appealed to me because of the ‘small company’ atmosphere and being part of a close-knit team. Having worked with the company for so long, I now feel at home surrounded by our ever-expanding team. I love being able to follow alongside everyone else’s journeys. Everyone believes in each other and gives invaluable encouragement.

My studies at university started with an Undergraduate Degree in Business Enterprise and Marketing at university with the mindset that I would go into Marketing, especially since I was working on inlumi’s Top Gun conference at the time. Working on this renowned event gave me the privilege of getting to know the majority of my colleagues as well as several of our clients.

As I came towards my third year, I found that my attitude had changed. I wanted a new challenge and I was eager to uncover more on the financial side. I went on to study a Masters in Economic & Financial Analysis. Once I graduated, I joined inlumi full-time as a Service Manager. Little did I know that I would now be working with those same clients that I had become acquainted with as a new starter at inlumi. Fast forward two years and I am now an Analyst, working with the UK functional consulting team. inlumi has supported me through every step with whatever journey I have wanted to take and has helped me grow massively, both as a person and in my career.

When I first started my career, I thought that it was only confident people with a strong financial background who could join inlumi. What I’ve since found is that if you’re hard working, willing to learn and able to adapt to different situations then you can do the job. My finance knowledge wasn’t particularly strong when I started, and this used to knock my confidence as I thought I wasn’t suitable. Since progressing in the job, I’ve discovered this is not as important as I first thought; it’s the can-do attitude which I believe is a strong trait of all inlumi employees.

Through each role I have held at inlumi, I have been surrounded by a team which is always supportive and has helped me grow into the person I am today. Each employee has their own career coach and other colleagues are always willing to provide help or advice. It’s this collaborative mindset that has made the most positive impact on my career at inlumi.

The advice I would give to someone embarking on their career is to not start with the belief that they’re not suitable or able to do a certain job. Everyone has time to learn, whether that be in their own time or on the job. A career is an ongoing journey and I don’t believe there is a right or wrong path that individuals should follow. 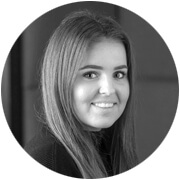 Emma Noble is an analyst within our UK consulting team. She joined inlumi in 2017 where she supports the team in London.

Back to blog
Introducing Intelligent Performance Management and the Insight Engine