In December, Oracle announced that Management Reports, which was previously only available through Oracle Narrative Reporting Cloud, is going to be included in other Oracle EPM Platforms (Planning, Financial Consolidation and Close, Tax Reporting, and Free Form). It has now been confirmed that Oracle will be releasing it in the February release.

The new reporting solution released to EPM platforms in February is referred to by Oracle as Reports, while the existing Narrative Reporting Cloud version is called Management Reports. In this article, I will use this terminology to describe the differences between the two solutions.

Why use Reports instead of Financial Reports?

The Reports solution is more focused on user experience. It has a more user-friendly interface, especially when you look at the Designer tool for creating and editing the reports. This is a very welcome improvement. Some of the improvements related to the viewer experience are:

When it comes to designing and editing, a selection of improvements include:

Not all features from Management Reports will be included in the new released version of Reports, and some will be available later on but will have a lag time before appearing in the EPM platforms. One example of this is the Excel integration.

The Management Reports solution is a centralised, cross-cloud, multi-source reporting solution while the Reports solution is a single instance solution. In Narrative Reporting Cloud, you are able to connect a Management Report to multiple sources (EPM Cloud, ERP Cloud & Essbase Cloud), so that you can combine the data in grids and charts. For example, you could connect to both your planning and consolidation applications to retrieve data from both sources. This functionality will not be included in the Reports version and will therefore only be available in Narrative Reporting Cloud. The Reports version is embedded in each business process and can only connect to that single instance. 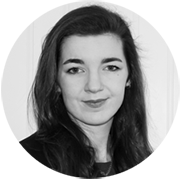 Nathalie is a driven consultant with 5+ years of experience with Enterprise Performance Management, implementing financial consolidation solutions. Prior to consulting she has 2+ years of business experience from accounting and economics. Nathalie is solution-oriented with focus on usability and practical solutions and has worked with a large number of clients within multiple industries.