Rapid Planning: The end of the traditional cycle

When I ask organisations how frequently they perform a forecast, the response is almost universally the same: every quarter with an annual budget. Mid- to long-term planning was often done manually in Excel even if an Enterprise Performance Management (EPM) solution was in place. The focus was on the short term with special attention to the budget.

Organisations choose this approach because of the perceived level of certainty. In a normal world, revenue was fairly consistent and costs could be predicted without – in some people’s minds – the need for a granular understanding. The first significant adjustment to this approach was the global financial crisis in 2008. The initial reaction was for businesses to stop all but the most serious capex projects, including Enterprise Performance Management (EPM) solutions, only to see a sudden demand for a solution to offer insights into the company’s true performance.

Fast forward just over a decade and the unprecedented phenomenon of COVID-19 turned certainty on its head. In terms of how organisations responded, I noticed a déjà vu with EPM projects immediately being put on hold. I did, however, notice a huge difference between those organisations that had a scalable and agile EPM solution and those that did not. The contrast could not have been starker.

Just before the COVID pandemic, we were in a discussion with one potential client about implementing a budgeting and forecasting solution. Understandably, they were considering the cost benefit of implementing such a solution, and it was during this decision period that the pandemic rapidly started to unfold.

I was imagining, with genuine sympathy, the chaos and stress their finance team would now be under. The business would no doubt be demanding forecasts, projections and what-if scenarios. By the time these forecasts were produced, they would undoubtedly be out of date due to the constant changes governments were introducing to protect their citizens’ health. Organisations in a similar position would be floundering to get accurate and timely information to the decision makers to help steer the business through the crisis.

The most recent quarterly forecast went out the window, together with all the past level of certainty. A process that might have taken weeks or even months was needing to be as quick as humanly possible. Excel-based systems often have numerous and sporadic data sources that are manually cobbled together. One of the key questions that arises is whether the numbers are reliable enough in order to make an informed decision.

Conversely, another customer had implemented an EPM solution, initially to cover their quarterly forecasting and annual budget. The solution was later developed to enable longer-term planning of multiple years, utilising a number of key drivers for sales and cost planning. The business had seen the demonstrative benefits of the tool, including the introduction of rolling forecasts on a 24-month basis. When the pandemic struck, the EPM solution was able to perform the following:

The CFO could advise the wider business using accurate and reliable data, enabling informed decision-making. The robustness of the EPM solution gave a high level of confidence in the numbers produced. The knee-jerk reaction of simply cutting all non-essential costs for months on end was avoided with some vital projects continuing or even starting. At inlumi, we felt a sense of professional pride that a solution we had implemented helped to steer our client through the COVID crisis.

The wider lesson is the approach businesses need to take when deciding to implement or enhance an existing EPM solution. It is unsurprising that finance teams look at the monetary cost of a solution. However, a far more holistic approach is needed. For example, consider the time finance teams spend on repetitive, non-value adding tasks. There is a cost behind this time that has often not been quantified. Business Analysts should live up to their job titles and act as a business partner, not spend a significant amount of time verifying numbers. An EPM solution provides a single version of the truth, removing any doubt in the validity of the numbers.

If we are honest, one of the main reasons organisations only perform a quarterly forecast is the time and effort involved. In a previous internal role, a budget took 12 weeks to complete before the EPM solution was in place. The duration of the budget was reduced by two-thirds to just 4 weeks the first time the solution was used. I was staggered when I found this out. Finance teams might not thank me for this, but this frees up time for a rolling forecast or a longer-term plan. 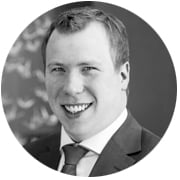 Nathan is an EPM professional with 15 years of experience primarily focused on Enterprise Planning solutions. Nathan enjoys seeking opportunities to add value to customers that benefits an entire organisation. He has contributed to the implementation and support of numerous EPM solutions covering the entire development and implementation cycle in various industries. Before joining inlumi, Nathan was the Subject Matter Expert at The Guardian for the internal Hyperion Planning system.

Back to blog
Strategies for implementing change

The Benefits of Multi-Year Workforce Planning