The emergence and importance of cross-functional partners

Let’s start by looking at what a cross-functional partner really is. A cross-functional partner is a person that contributes to a project from a neutral perspective, but who has the experience and knowledge of the areas involved or affected by that project. This person may be for example an analyst who started to work in the HR department, later supporting the marketing team, then the sales organisation, then moving to IT in a data quality team, after which they took over a role within the finance team, and finally ended up as a cross-functional partner for a transformation programme where sales, marketing, IT, HR and finance departments are directly involved and affected. This person is someone who built the necessary skills not by following the classic career path from junior to senior, but as a consequence of horizontal professional growth; taking opportunities, understanding the gaps and challenges faced in each area as an insider, while working in the different functions of an organisation.

On the other hand, we may deal with a cross-functional team that has an individual representing each skill.

By being part of transformational programs for different organisations over time, we have seen how the two cross-functional capabilities contribute to the success of a project.

Firstly, building a cross-functional team that brings together people with different skillsets has the benefit of more productive brainstorming sessions, early onboarding for future change, and being aware of any particularities of the areas that are related to the project.

Read the rest of this article on page 40 of inlumi's Enabling Decisions magazine: 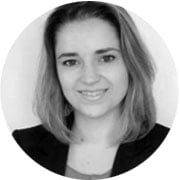 Ruxandra Cotumbeanu
Ruxandra Cotumbeanu is a Managing Consultant at inlumi. With her Master’s Degree in Project management, she specialises in EPM implementations and helped customers around the world succeed in their finance transformation programs.

Back to blog
Making the right decisions with sustainable finance