Why are you telling me this? The importance of communication in the face of change

Let’s start with something we all know: people dislike change. While it’s easy enough to say ‘change is good’ from an outsider perspective, when it comes to actually implementing a change ourselves we suddenly feel differently. This is because change takes two things that are very difficult to part with: time and effort.

In the constantly evolving world we live in, change is imminent. If you aren’t evolving and improving, you fall behind. This is especially true in the world of business. On the more extreme scale, there’s Netflix. Netflix started out as a DVD rental company in 1997 and, only 10 years later, started its first streaming service. This involved a fundamental change in their business strategy that I’m sure not everyone was excited about. But what do you know… it paid off! In Q2 of 2021, Netflix boasted over 209 million paid memberships, with a revenue figure of $7.3 billion. Not bad for a company that started out renting DVDs for 50 cents a pop.

In most cases, change isn’t that extreme. Change might involve a new office location, organisational restructuring, or, for something a little bit closer to home, implementing a new software. For multinational companies in particular, Enterprise Performance Management (EPM) software is a vital part of the finance function. As the world continues to evolve and technology continues to improve, the capabilities of modern day EPM software would probably seem astounding to those working a mere 20 years ago. With the continuous rapid advancements of technology, outdated systems become redundant very quickly and it’s simply a case of keeping up (in this case evolving with new technology) or falling behind. It’s no wonder so many large organisations are looking to update existing or implement new EPM software.

Often when it comes to implementing change, it’s the ‘people’ bit that will determine whether the change is considered a success or a failure. What would be the point of having a wonderful new system with limitless capabilities if nobody is motivated to use it? In the words of James Belasco and Ralph Stayer, ‘Change is hard because people overestimate the value of what they have and underestimate the value of what they may gain by giving that up.’ So how do we overcome this perceived barrier to change? It’s actually quite simple. We communicate.

What is meant by communication in the context of business?

Read the rest of this article on page 14 of inlumi's Enabling Decisions magazine: 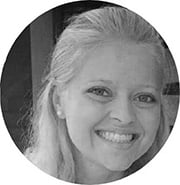 Lauren joined inlumi as an Advisory Consultant in 2021. Before this she worked for 6+ years in Group Finance roles at a multinational IT company and in a Customer Success role at a rapidly growing Fintech start-up. This has allowed her to develop a deep understanding of how different systems and processes function.

Back to blog
Enabling impact: Tracking Lumi the Lesser Kestrel