Will Spectre Meltdown your EPM environment?

The year 2018 kicked off with major global IT disruptions, aptly named “Meltdown” and “Spectre”. These are vulnerabilities discovered in the CPU architectures of all major processor manufacturers. They are considered a significant security risk and can have a direct impact on system performance. For EPM clients, the recent news of vulnerability fixes causing performance issues are as worrying as the vulnerabilities themselves.

Hardware and operating system fixes will need to be applied to mitigate the worst of the potential flaws. The flaws are linked to how processors optimise their queries. The fixes are required at both the hardware (firmware/microcode) level and operating system level, and they will more than likely have some impact on performance to some extent.

At the inlumi labs, we have been doing some testing on what our clients may expect from a possible performance impact on their Oracle EPM systems. To date, few server manufacturers have released stable firmware patches for their servers. However, Operating System vendors were quick to release their patches in January, so these are the patches we have had most experience with so far.

To test the OS Spectre/Meltdown patching effects, inlumi ran a series of Oracle EPM benchmarks, both on fully physical environments and fully virtualised environments. On the Physical environments, we saw that the Windows operating system patches slowed down HFM by an average 3 to 5%, while the Virtual environments saw a much more varied performance impact of between 1 and 10% depending on the activity being carried out by the system.

One thing is for sure: patching is inevitable on all systems, and we are awaiting the release of the CPU microcode firmware upgrade to get a better indication of what the eventual full impact will be on EPM systems.

Every quarter, inlumi’s experts test Oracle’s CPUs internally within EPM lab environments to assess their impact on the various EPM products. Do you want to receive notifications about the latest CPUs and expert advice on which updates to apply to your environment? Contact us. 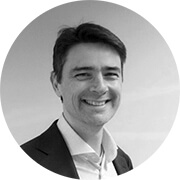 Back to blog
Top Gun: A rare opportunity to learn about the changing EPM market